Atlante Star offers accommodation of the highest standard, ideal for the most demanding tourists, family or business travel.

The Hotel Atlante Star is a luxury 4-star hotel located in Rome in the heart of the historic center of the Eternal City, just two blocks from St. Peter's Basilica and the gates of Vatican City. Located between St. Peter's and the Tiber River, this luxurious hotel is just minutes from Via della Conciliazione, the magnificent street that leads from Castel Sant'Angelo to the glorious St. Peter's Cathedral.

The Hotel boasts 70 luxury rooms, 15 of which are Junior Suites and 2 that are Royal Suites. They are decorated with taste and attention to detail, following a contemporary European style. All have en-suite bathroom and some are equipped with a marble Jacuzzi, furniture of the highest aesthetic and functional level and courtesy set.

The Hotel Atlante Star Rome occupies a location envied by all but our own sister hotel just around the corner, the Hotel Atlante Garden. Situated on Via Vitelleschi, this hotel near St Peter's is in the wake of the awesome Cathedral - the gateway of the Vatican City - and Piazza San Pietro, the immense foreground of the cathedral, designed by Michelangelo over which the Pope routinely addresses his audience of thousands. 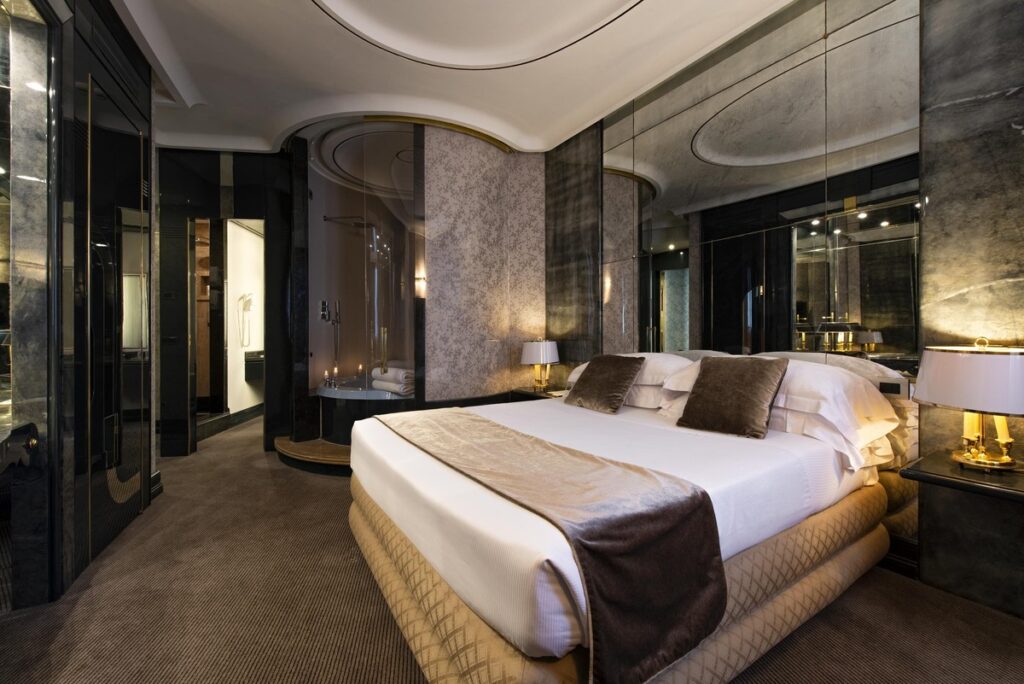 Furnished with a special attention to detail and accessories, the suite has ample space, stunning views of St. Peter's and maxi Jacuzzi. 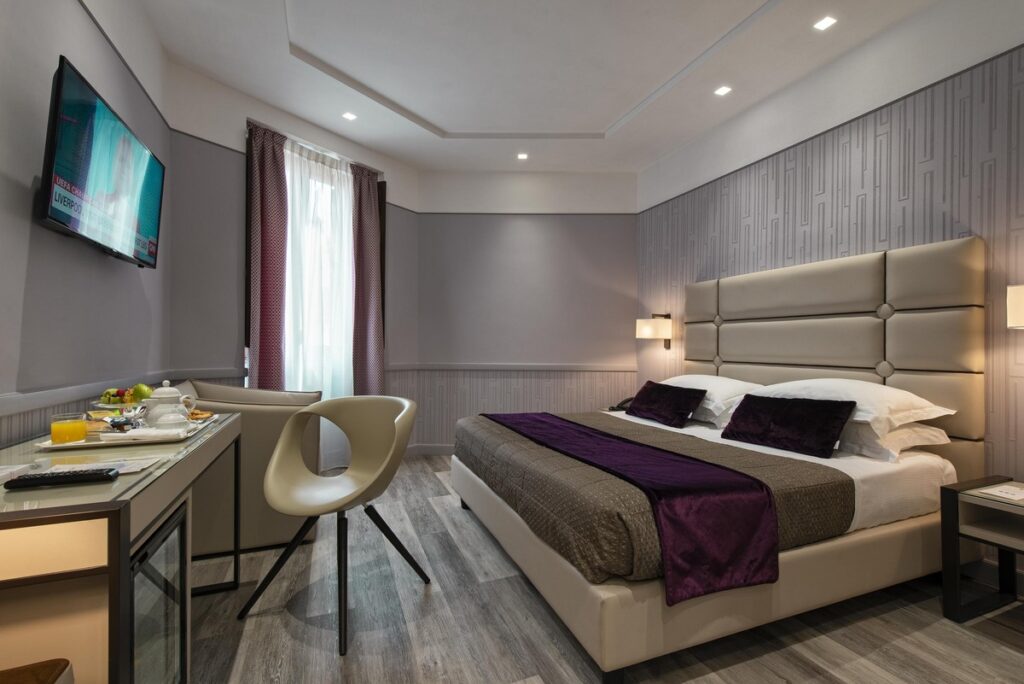 The Junior Suite, spacious and elegant, is furnished with taste and attention to details and realized to guarantee total comfort to our guests. 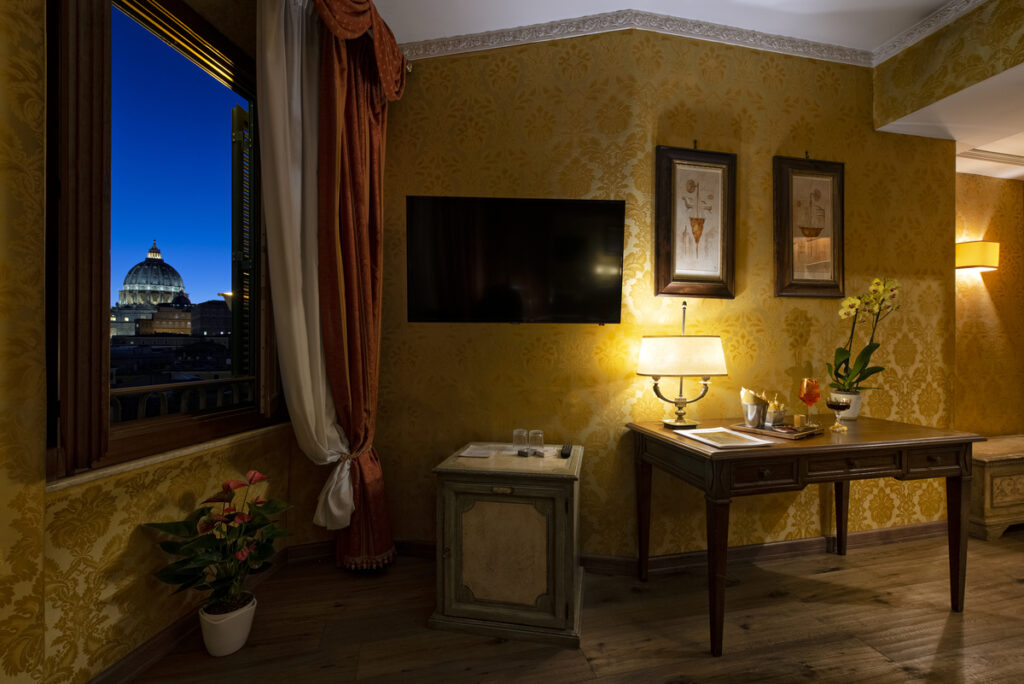 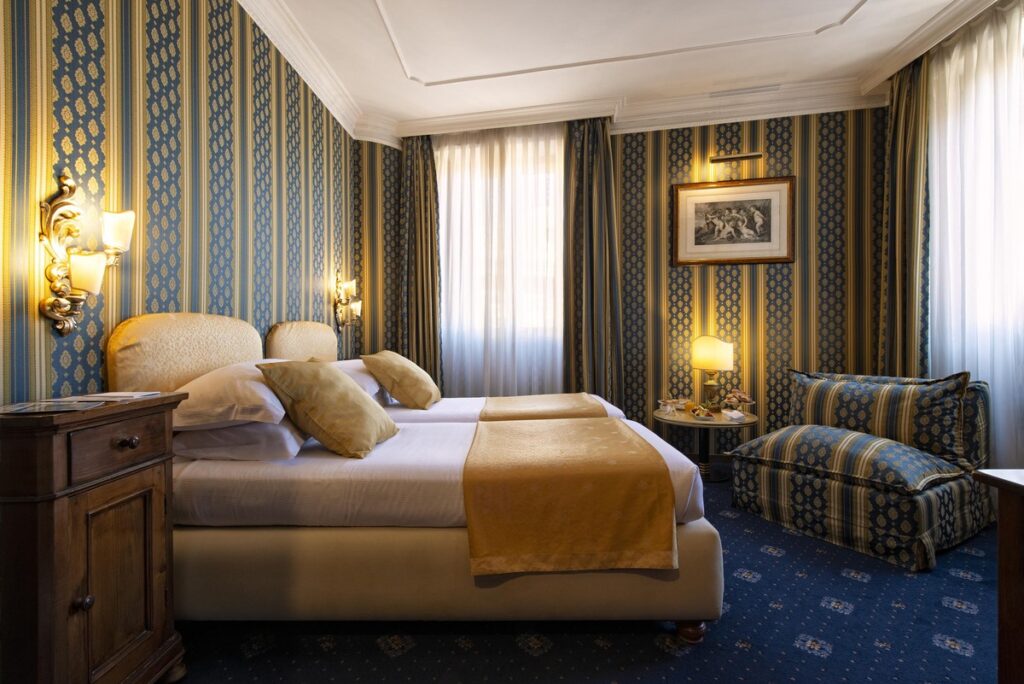 The Superior Room is elegantly furnished, with particular attention on details and accessories.