Visit the Archeological Park of Rome

Starting from Atlante Star Hotel, walk opposite to Castel Sant’Angelo on Via Giovanni Vitelleschi until you reach Via Pomponio Leto, where you will turn right. Walk through this street until it becomes Via Garrone, and as it crosses Via Cola di Rienzo, cross the street and keep walking on Via Silla. As you reach Viale Giulio Cesare, a wide tree-lined avenue, turn left. In approximately 60 meters you’ll find the Ottaviano Metro Station. Here, you’ll have to take a train in the direction of the Termini station. Hop off in Termini, and head towards the Metro B, which you will take direction Laurentina, getting off at Colosseo. Here starts our Ancient Rome itinerary, where you’ll be able to explore the ancient Roman Forum, the Palatine Hill, and the Colosseum, which make up the core monuments of the ancient city. 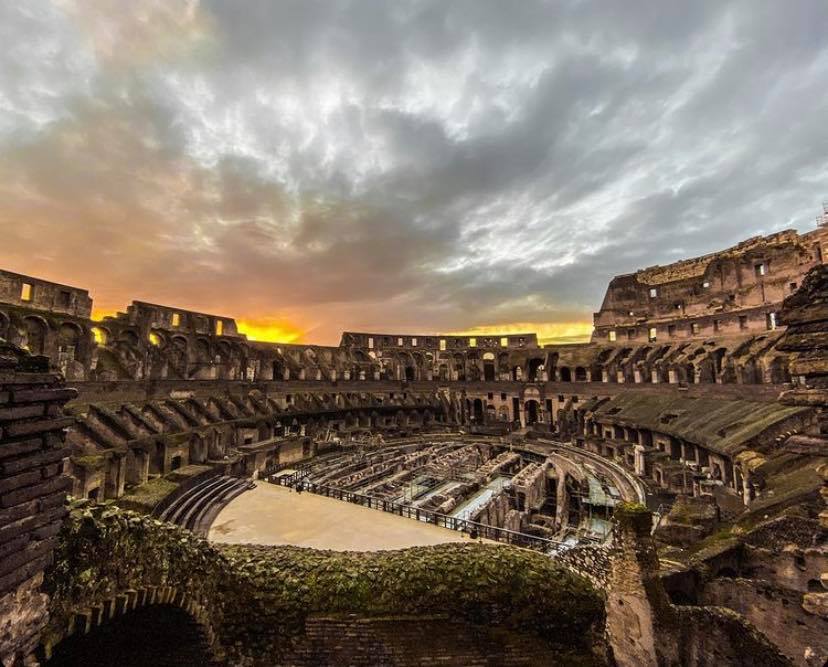 Being one of the seven wonders of the world, this impressive amphitheater was built between 70 and 80 A.D. In ancient times, Romans came here in huge numbers to assist to impressive and rather gruesome performances, from naval battles to gladiators battling wild animals, and some quite immoral spectacles. To visit the site you can either buy a ticket at the Colosseum’s ticket office, or you can skip the line by purchasing a ticket or tour online.

The Roman Forum hosts a series of important monuments and squares that were built between 46 B.C. and 113 A.D., and has been enriched with monuments and squared across the centuries. This was considered the downtown and political center of ancient Rome and sits right next to the Colosseum. Here you will see where the ancient markets were, you’ll admire the towering Trajan’s Column and its visual representations of the Dacian conquests of the emperor Traiano, and numerous other iconic monuments. The ticket for the Colosseum visit works as a pass for this area as well.

Other Sights Nearby: Circus Maximus

The Mouth of Truth 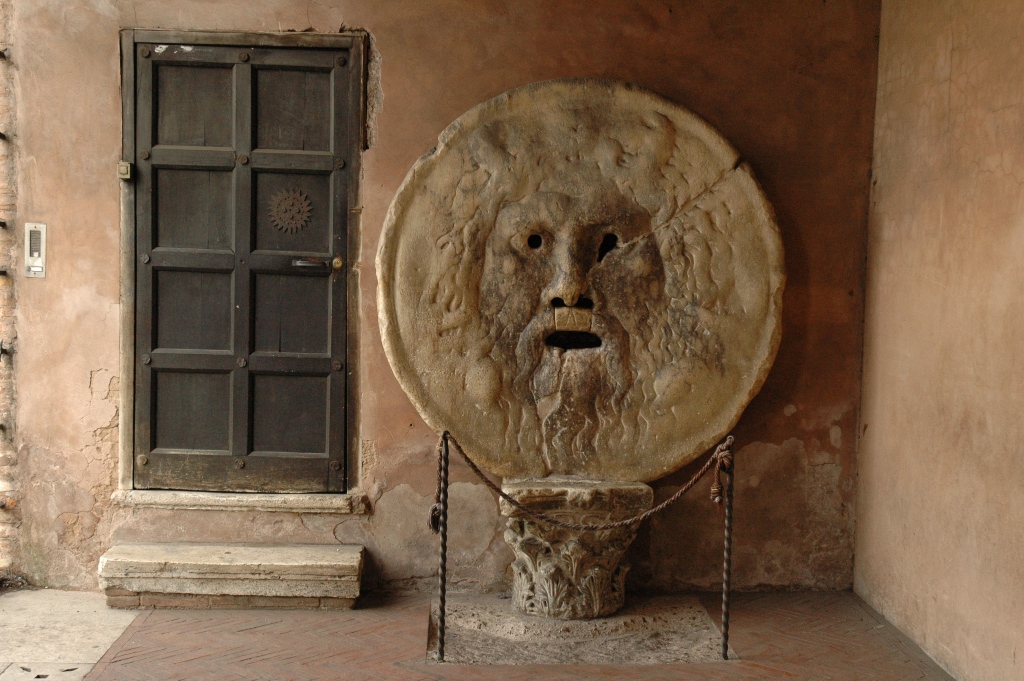 One of the most famous symbols of Rome. The legend says that the marble disk would bite anyone who lied while sticking their hand in its mouth.

It looks like the Colosseum, but it is not! This theater was built in 13BC and is still a stunning view. Before heading back to the hotel, a pit stop in the pretty neighborhood of Monti is what you need after a long day of walking. Here you’ll find some nice bars, restaurants, and a great vibe.

Return to the hotel

After you’re done here, you can easily head back Atlante Star Hotel. From Piazza della Madonna dei Monti, reach and walk on Via dei Serpenti. After crossing via Cavour keep straight on Via degli Annibaldi, and then turn right onto Largo Gaetana Agnesi where you’ll find the Colosseo Metro Station. As with outward journey, you’ll take the Metro B until Termini, and then change to Metro A and stop at Ottaviano. From here on you’ll walk 60 meters on Viale Giulio Cesare, and then turn right onto Via Silla. After crossing Via Cola di Rienzo, keep walking on Via Varrone e Via Pomponio Leto, to then turn left onto Via Giovanni Vitelleschi where you’ll find the hotel.