Discover Trastevere and the Janiculum Hill

Trastevere and Gianicolo: On The Other Bank of the River

Starting from Atlante Star Hotel, walk a couple of minutes in the direction of Castel Sant’Angelo and reach the 23 bus stop Vitelleschi , in direction Pincherle/Parravano. Get on the bus for about 5 stops, and hop off at Lgt Farnesina – Trilussa. You have now reached the most famous square of the lively neighborhood of Trastevere – coming from trans tiber, which means “on the other side of the Tiber” – Piazza Trilussa. Here starts our itinerary of one of Rome’s best-kept gems, made of bohemian atmospheres, clothes hanging from window lines, and the working-class roots of Rome’s central area.

Dedicated to one of the most famous Roman poets, Trilussa, this square is a famous nightlife hub in the capital. Yet, regardless of the time of the day, it is perfect for another very Italian activity: people watching! You can take a seat on the staircase and listen to the buskers who often play in the piazza, chat with your friends, or grab a beer or a glass of wine from one of the local shops.

In front of you, stands fiery Ponte Sisto, the bridge that connects Trastevere to Campo de’ Fiori, another lively neighborhood, perfect for a stroll and experiencing the Roman movida. 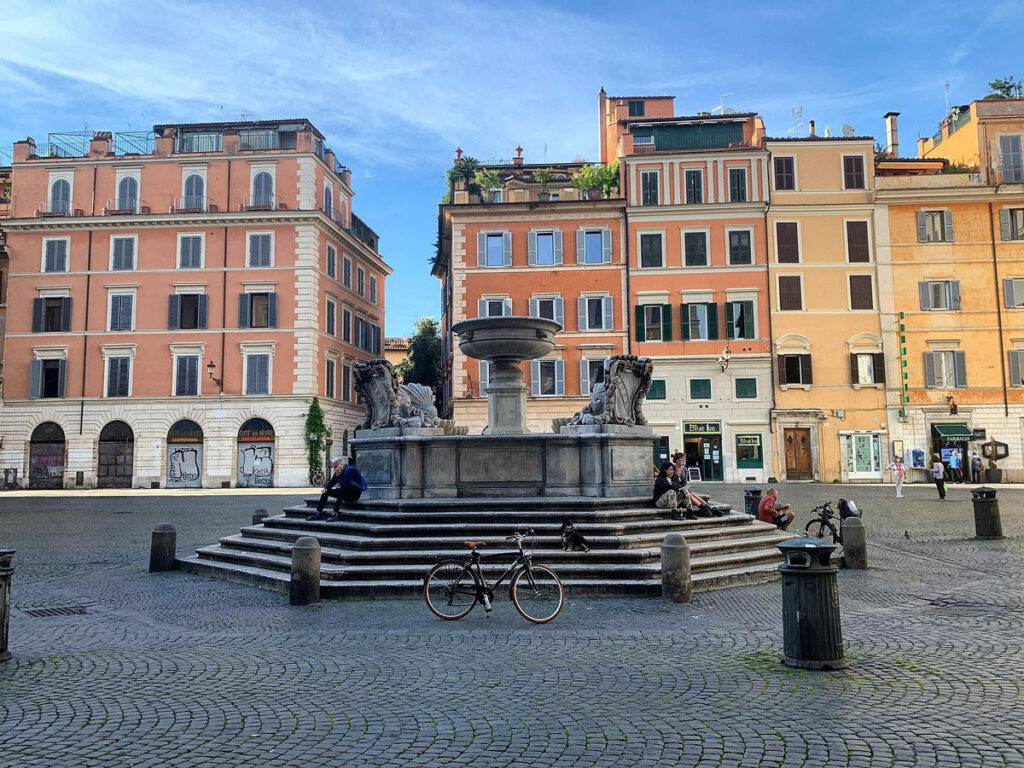 Santa Maria in Trastevere, one of the oldest churches in Rome, occupies much of the beautiful square of the same name where it stands. Elegantly decorated with a portico, frescoes and a gilded ceiling, the floor of this church was designed in 340 B.C., and is a great example of Romanesque architecture, with Baroque ornamentation. Outside, the fountain in the center of the square is believed to be the oldest in the city. Right next to Piazza di Santa Maria in Trastevere is Piazza di San Calisto-a saint whose life had a rather macabre ending-where you can have a beer at one of the capital’s most famous bars, Bar San Calisto, and why not, maybe end up in the middle of a local party! Nearby, the Church of St. Cecilia, honors the martyred patron saint of music, houses some beautiful frescoes, and contains the remains of the saint. Certainly a suitable pilgrimage for musicians and music lovers! 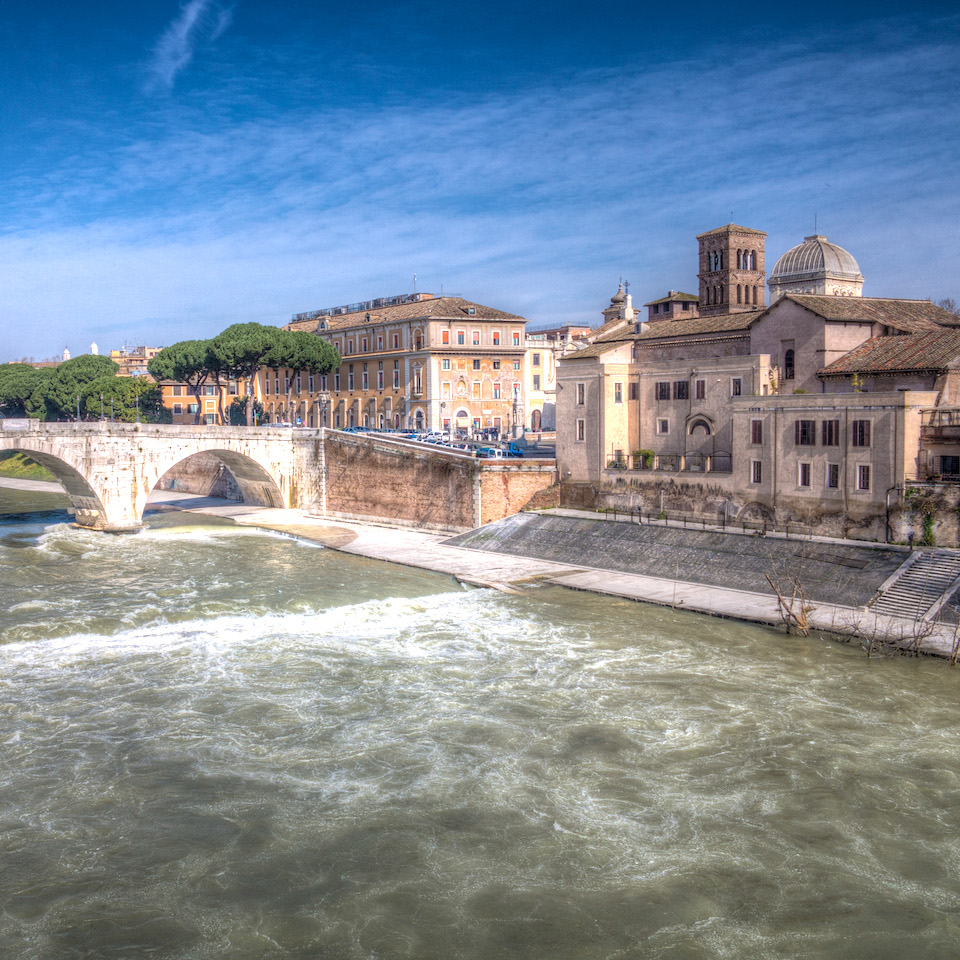 Linked across the river by bridges Sistio and Fabricio, this is the only island on the River. It is home to the Fate Bene Fratelli hospital, established in 1585; the churches of San Giovanni Calibita and San Bartolomeo; and the Pulzella Tower. The island is frequently employed for summer events and hosts the open-air Isola del Cinema event, in which cult and essaï movies are projected at night.

The Botanical Garden and the Janiculum

The Botanical Garden makes a perfect spot for a break. Especially in summer, you can cool off among the shady bamboo groves, take a stroll in the Japanese Garden, or visit the greenhouses and learn more about medicinal plants. In the past, it was the private garden of the nearby Palazzo Corsini, one of the main historic buildings of the area, where you can admire works of art from Italian artists of the caliber of Caravaggio and Artemisia Gentileschi. On top of the Botanical Garden towers the Gianicolo hill: although it is Rome’s second-highest hill, it is not found amongst the seven famous Roman hills, since it stands on the other side of the River. Yet, the Gianicolo hill is widely known and appreciated for its Garibaldi monument, the famous cannon that fires daily at noon, and the stunning views it offers of the city below.

Coming down the Gianicolo Hill, passing through Piazza San Cosimato, home to one of the best open-air markets of the city, and reaching piazza Belli, you will have to cross Ponte Garibaldi and reach the bus stop Lgt De’ Cenci – Arenula , on the other side of the Tiber River. Here, take the bus 23 in direction Piazzale Clodio, and travel for six stops, hopping off at the Sforza Pallavicini bus stop. Walk a few meters back on via Sforza Pallavicini and take via Alberico II on your right. Walk until you find Via Dei Bastioni on your left, which you will follow until you reach Via Giovanni Vitelleschi. You’ll find the Atlante Star Hotel on the right.